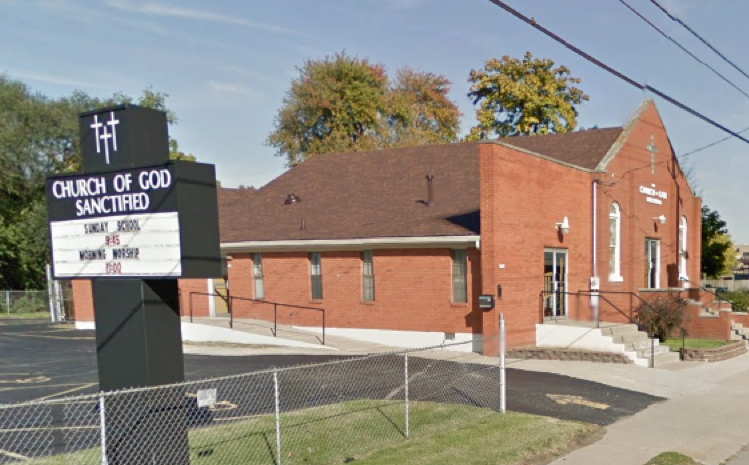 In 1915 Elder Henry Pillow in Louisville, Kentucky began with a few faithful believers worshipping from house to house, establishing the Church of God, Sanctified. Elder Pillow pastured a small congregation at 12th and Wilson Street. Elder Pillow and congregation labored at this location for more than eight years.

As time moved forward, time also brought about a change. Elder Pillow was called to another work in another city leaving the few members that were here without a shepherd. The members, continued to worship with other believers, and did not deny their faith and kept the light burning for all to see.

The ministers saw that the people in Louisville needed a leader. Elder J. S. Woodson was called here to pastor. Elder J. S. Woodson was a preacher in this body. After several years of devoted work in Shelbyville, Tennessee, he resigned from his pastoral duties and responsibilities there and moved to Louisville, Kentucky. He arrived in Louisville on April 3, 1923 and found that he along with a few of the church members had migrated from Churches of God, Sanctified in the south. He took over and continued pastoral obligations of the church which was started by Elder Henry Pillow.

In 1923 these few members purchased the property at 1114 South 15th Street which negotiated for $3,200. This place of worship was a small frame house (12’ X 14’) in which the congregation worshiped faithfully. As the membership continued to grow a larger area was needed. Partitions were removed in order to accommodate the membership. This was continued until all rooms of the frame house were used as one large area for service.

New members continued to worship along with the older members in Christ, and after two years of service in the renovated building, it became too small for the membership which outgrew the area available for worship.

Elder J. S. Woodson and Elder P. J. Cox, (Carpenters by trade), rebuilt the frame house into a white frame church which was used for worship until 1956, when some who have gone on, along with the present congregation brought to focus a dream for the realization of a modern church. The small white frame church served well through the years until it was razed to make way for the present structure.

The Church of God, Sanctified has advanced from a small cottage to a lovely, attractive, and beautiful church with Elder Woodson leading the way. The church was consecrated on October 12, 1958.

Through the years of our organized existence here in Louisville, Kentucky, other leaders emerged to shepherd the flock. After Elder Woodson’s health began to fail, Elder Felix McElroy led us through the pastures of this world until 1972.

Come Worship With Us...

For more information about our ministry, please contact us.......